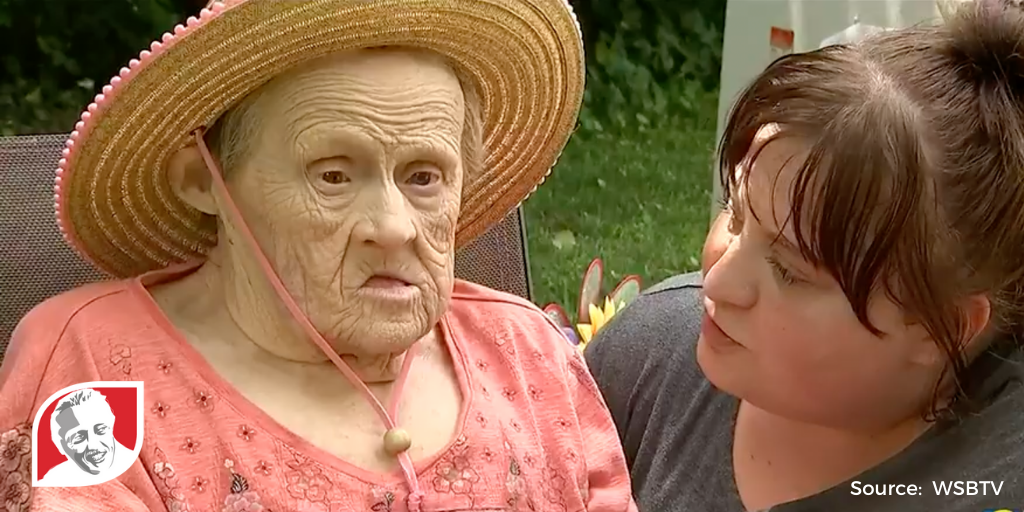 After over eight months of searching through social media profiles and official records, 80-year-old Martha Joy Cronemiller was finally united with her family.

Martha, who has Down syndrome, is a Georgia resident who lived with her parents and siblings until they passed away many years ago. In the time that followed, she has lived in a care facility and had no contact with any family members. In spite of this, Martha has always been a joyful person. However, some of the nurses who care for Martha at her current facility, Complete Care at Home, noticed that she would occasionally become downcast and cry. When asked why she was upset, Martha responded:

“My family doesn’t know where I am.”

Concerned about Martha’s well-being, her dedicated caregivers went above and beyond the call of duty and searched for over half a year until they finally discovered a living relative: Martha’s second cousin, Dale Cronemiller.

“I cried. I think everybody cried. It was overwhelming to finally find her family.”

When Dale came to visit Martha, the two were thrilled to meet and now stay in touch with weekly video chats. According to those who work with Martha, finding family has renewed her spirits in a way none of them thought possible. Sheryl Arno, Executive Director of the Down Syndrome Association of Atlanta, who works with Martha, recently commented:

“We thought we’d lose Martha last year. As soon as they found her family, it’s like she has a whole new lease on life.”

PART 1: What is a Jerome Lejeune Consultation?

PART 1: What is a Jerome Lejeune Consultation?