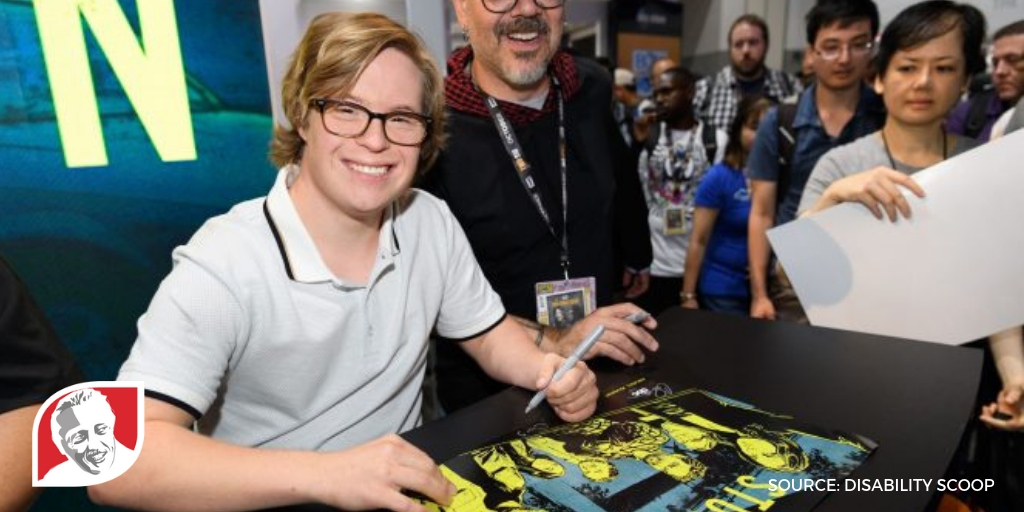 On September 25, ABC will be premiering a new show entitled “Stumptown,” featuring a character with Down syndrome. Based on a graphic novel, “Stumptown” tells the story of a private investigator named Dex Parios. A veteran of the Marine Corps, Parios lives in Portland, Oregon, and has a “a gambling debt, a complicated love life and a brother with Down syndrome to take care of.” The character of Dex is played by former How I Met Your Mother star Cobie Smulders, and her brother Ansel is played by Cole Sibus, who also has Down syndrome. Media companies are becoming increasingly aware of the need for accurate representations of differently-abled people in television, and for ABC, this is definitely a step in the right direction.

According to a recent Yahoo article,

People with disabilities make up nearly 25% of the U.S. population, [but] less than 1% of TV characters had a disability as of 2016. Of those, only 4.5% of disabled characters were played by disabled actors. Disability representation matters because it’s one powerful way the general public develops more positive disability attitudes.

To see Sibus in action, watch a trailer for the new show below.