Actress with Down syndrome plays lead role in off-Broadway show

Actress with Down syndrome plays lead role in off-Broadway show 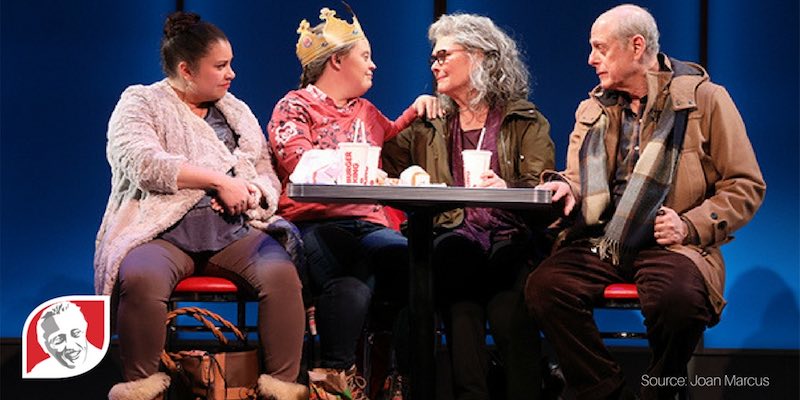 Jamie Brewer is the first actress with Down syndrome to play a lead character on or off Broadway with her role in the new NYC play “Amy and the Orphans.” Playwright Lindsey Ferrentino worked with Brewer to create the funny and heartwarming story of three siblings who are reunited after their father’s death, and take a road trip.

Jamie was thrilled to have the opportunity to not just play a character with Down syndrome according to stereotypes, but to be able to demonstrate her abilities as an actor. She is a veteran actress known for her work on the television series “American Horror Story”, but acting on stage is a new challenge for her.

Gail Williamson, Brewer’s agent, and an advocate for performers with disabilities, said:

The biggest hurdle is the amount of dialogue and stage direction that comes all at once. When you’re doing a television show or a film, you have a scene and you can work on that one scene. Doing theater, you have to have it all down.

Once the play was written, Ferrentino searched for an understudy for the role of Amy, and was put in contact with Edward Barbanell, who also has Down syndrome. She loved his enthusiasm so much that she picked him right on the spot, and even rewrote scenes in the play so that they worked better for a male lead – renamed “Andy” for Barbanell’s performances.

The play opened March 1 in a Roundabout Theater Company production at the Laura Pels Theater in Manhattan. There will be two relaxed performances in April, which will be less formal and more supportive of sensory, communication, movement, and learning needs. Attendees are encouraged to bring their loved ones with Down syndrome.