Almost Twins: young woman with Down syndrome writes book with her best friend

Almost Twins: young woman with Down syndrome writes book with her best friend 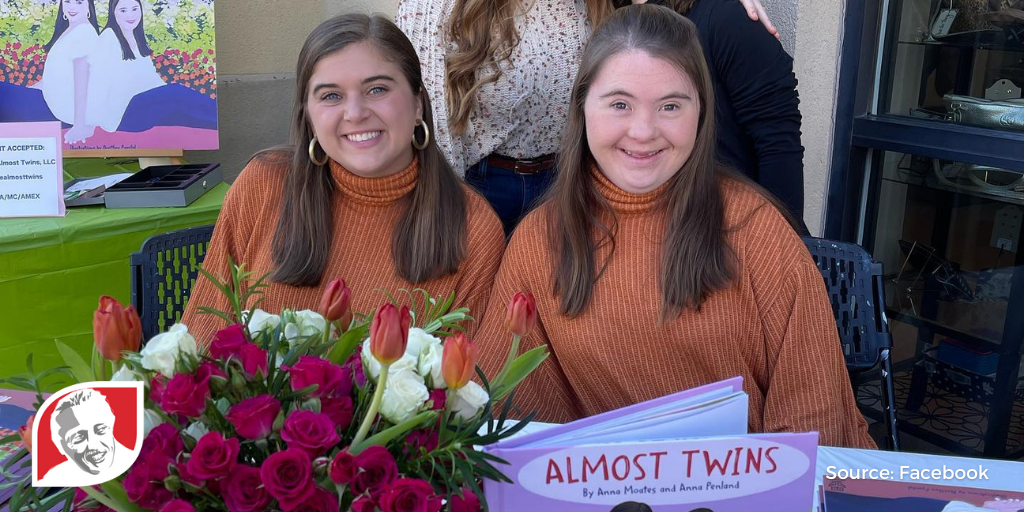 After over a year developing story ideas, Anna Moates, a young woman with Down syndrome, recently co-authored her very first children’s book with her best friend, Anna Penland. Almost Twins is a beautiful tale about how two friends decide to throw a surprise party for each other.

The semi-autobiographical book discusses the differences and commonalities between the two women, who were inspired to write the book after realizing the lack of representation for those with Down syndrome in children’s literature. Their hard work appears to be paying off, as they’ve already sold over 1,500 copies, and many families within the Down syndrome community have expressed their gratitude for the book.

“It definitely makes me feel overwhelmed by so many emotions of happiness and excitement knowing what kind of an impact the book [has] made on the world and I just love it… We are so inspired to see so many children with Down syndrome at our signings and hear their stories, too.”

Moates and Penland first met through a volunteer program at Penland’s university, where they discovered that they share many common interests – such as a love of sports, music, and good food.  They also look strikingly alike, which is how they began calling themselves twins.

When asked about whether they would consider drafting a second book after their latest experience, they didn’t rule it out. As Penland mentioned:

“It’s been such a dream come true for [Moates]… She’s breaking all kinds of stereotypes.”