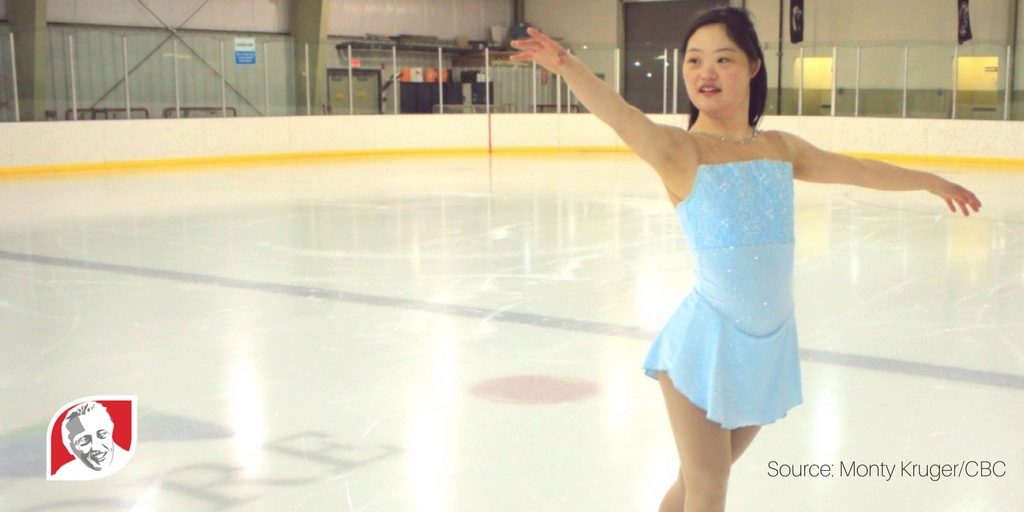 Meg Ohsada may be shy and unassuming at first glance, but once she gets out on the ice or the stage, her inner passion shines.

Meg has been performing since a young age, when her mom, Noriko, enrolled her and her sisters in figure skating lessons. Noriko said:

I didn’t expect anything — I just took all three girls to the same program at the same time so they could all skate together. Even from the beginning, she loved skating with her sisters and her friends, and we just kept going.

But Meg showed a natural talent for skating, and now, at the age of 23, she has won two silver medals at the Special Olympics and performed all over the world. She practices several hours a day, six days a week, for both dance and skating.

Her parents are very proud of her accomplishments, but to them, the best part is how skating and dancing allow Meg to express herself:

Along the way we’ve found Meg doesn’t want to talk a lot, but we discovered she can perform. So she became a dancer and rhythmic gymnast, and she amazed us a lot…

You can see her pure happiness and the effort she puts on that stage. Down syndrome, I think, comes after that.

She really feels every movement from the heart, and that’s the part that you can’t teach.

That really comes from within her.