HomeFilmmaker raises money to create movie about brother with Down syndromeAll standardsNewsChris Nikic becomes the first person with Down... 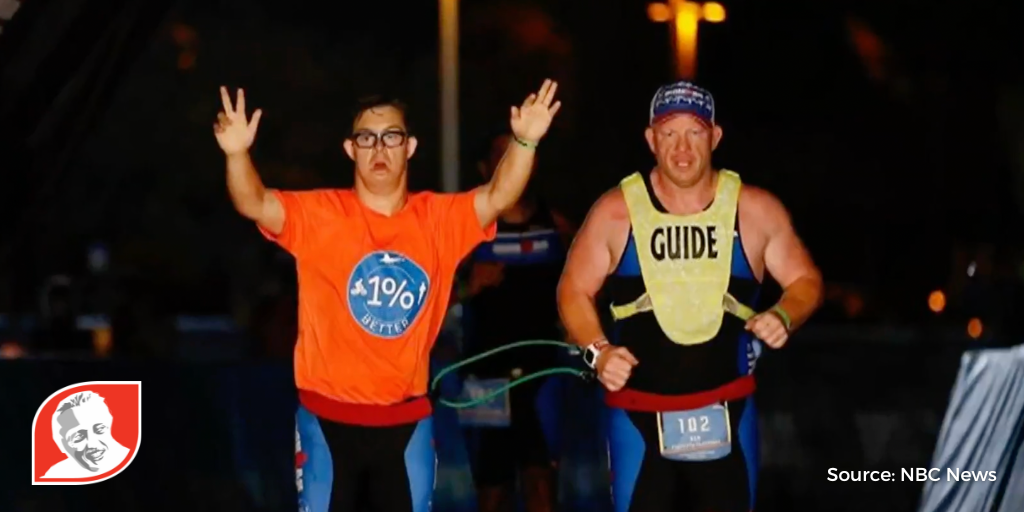 Last week, Chris Nikic set a new record by becoming the first person with Down syndrome to finish the Ironman World Championship.

After his groundbreaking achievement of becoming the first person with Down syndrome to complete an Iron Man triathlon in 2020, Nikic was invited to test his mettle on an even larger scale at the Ironman World Championship.

Held in Kailua-Kona, Hawaii, this year’s championship featured a 2.4-mile swim, a 112-mile bike ride, and a 26.2-mile run. To get physically fit, Nikic trained an average of three to four hours a day, six days a week leading up to the race. He also spent the week before the event in Kona to practice in the environment and get accustomed to the humidity and high winds.

Nikic completed the 140.6 mile course in 16 hours, 31 minutes, and 27 seconds – finishing in 2,265th place out of 2,314 contestants. After he crossed the finish line, Ironman’s contestant announcer, Mike Reilly commented:

“This is something that changes perceptions for every parent worldwide with children with Down syndrome. Now they all know one thing for sure – anything is possible.”

While extremely proud of his accomplishment, Nikic had an even bigger win that day: he presented a promise ring to his longtime girlfriend, Adrienne, and it was accepted.

SAVE THE DATE and Announcement

SAVE THE DATE and Announcement