Couple with Down syndrome married 25 years: “role models” for marriage

HomeBlogNewsCouple with Down syndrome married 25 years...

Couple with Down syndrome married 25 years: “role models” for marriage 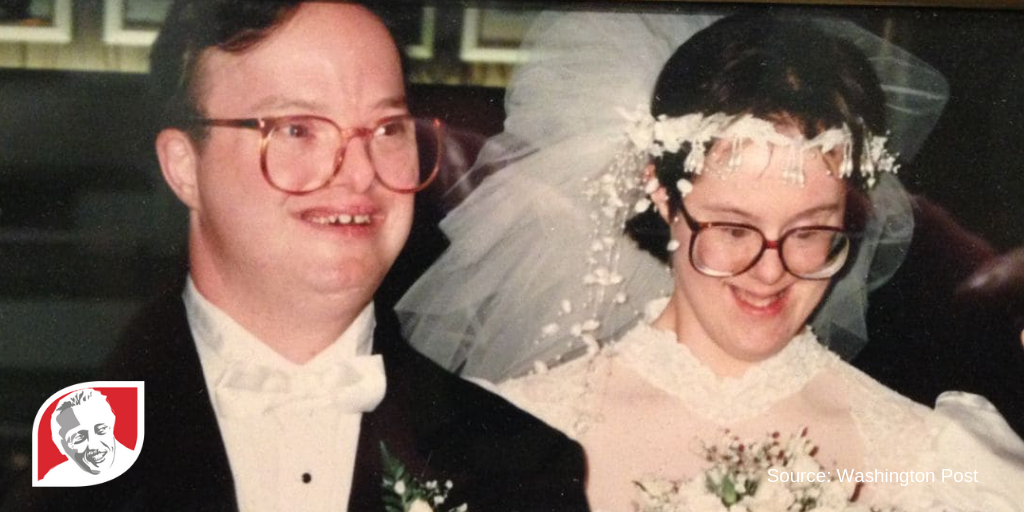 With his passing in April 2019, Paul Scharoun-DeForge, a 56-year-old man with Down syndrome, left behind a legacy of love testifying to the real meaning of marriage.. Paul met his wife Kris –  who shares the same genetic condition – at a dance in the 1980s, and the two immediately hit it off. They were engaged in 1988, but they had to fight for almost five years to have their marriage legally recognized. According to an article in The Epoch Times:

New York state officials put the couple, who both hail from the small upstate town of Liverpool, through the wringer. They were forced to prove their sexual knowledge, taking classes at a local Planned Parenthood in order to pass the tests to get a marriage license.

However, they fought the odds, and finally were married. Paul’s sister, Susan, noted:

Not only did the couple overcome the odds leading up to their wedding, but they continued to do so throughout their marriage. Over the years they assisted each other in handling the various medical components of their condition, encouraged each other’s careers (Paul worked for a disability service called Arc of Onondaga and Kris worked at Pizza Hut), and were each other’s closest companions. Paul’s sister lauded their relationship, saying:

“They are role models for everybody who wants a good relationship. They were a team: They deferred to each other and looked out for each other.”

Shortly after they celebrated their 25th wedding anniversary in August of 2018, Paul started to suffer from accelerated Alzheimer’s disease. As symptoms increased, Paul did not recognize those around him, but he never stopped recognizing his wife. As the article succinctly puts it:

That kind of love sets an example for couples everywhere. Hopefully, their momentous and beautiful marriage will do more than just stand the test of time; over the years, there’s hope it will decrease the stigma for individuals with Down syndrome as they look to participate more and more in everyday society.