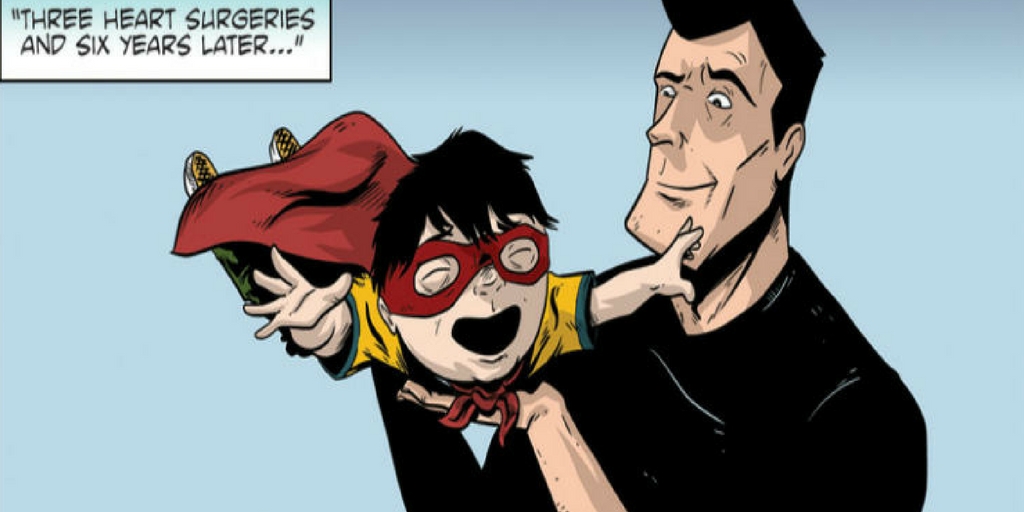 Chip Reece is a huge comic book fan. So when he couldn’t find any comic books featuring characters with Down syndrome for his son, he took matters into his own hands. With illustrator Kelly Williams, he created a superhero who just happens to have Down syndrome.

Originally, the story was created as just a ten-page booklet for family and friends, but after a successful Kickstarter fundraiser, Reece and Williams were able to turn the book into a full-fledged graphic novel, called Metaphase.

His son Ollie, who is now seven years old, loves the character, who is named after him. Ollie the character, like Ollie in real life, experiences Down syndrome and heart defects, and wants to be a superhero like his dad. Then the company Meta-Makers offers to give Ollie superpowers.

Reece said of the project:

I think it’s just important for anybody to see characters like them represented because they’re able to see that they’re included just like everybody else…specifically for people with Down syndrome, they can be anything they want to be.

As a kid it’s the thing you dream about- being a superhero. I wanted my son to think that he, too, could dream just as big as I dreamed when I was little kid.

The book has sold almost 1500 copies, and Reece is planning a sequel.

Gucci features model with Down syndrome in mascara campaign