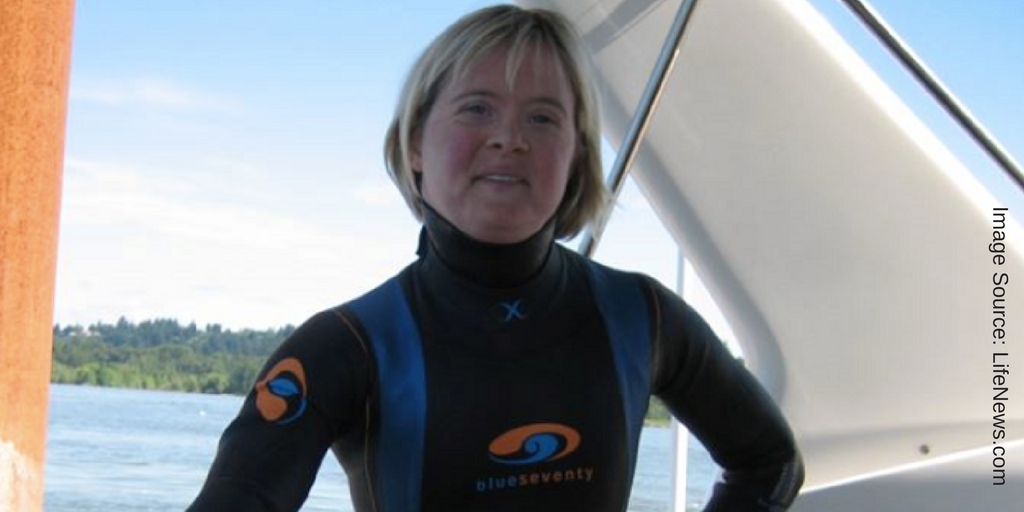 Karen Gaffney has an impressive list of accomplishments ranging from swimming the English Channel to receiving an honorary doctorate to holding her own as an impeccable public speaker. But what really captured global attention is her ongoing advocacy for people with Down syndrome. Born with Down syndrome herself, Ms. Gaffney is adamant in showing secular culture that those with genetic diseases should be treated with respect and dignity from conception until natural death.

It looks as though her message has caught fire and spread. Life News reports:

Her message to the world is that All Lives Matter, and she challenges the trend which is eliminating people with Down Syndrome before they are born.

“Imagine that here we are reversing the damage caused by institutions, removing barriers to education, making inroads into a full and inclusive life for people like me, and still we have those who say we shouldn’t even be born at all,” Ms Gaffney told an audience at a Ted Talk in Portland.

She says that people with Down Syndrome were now achieving success as “musicians and artists, golfers, models, public speakers, and good employees making a contribution to society” but that the race was on to find newer, faster ways to diagnose the condition before birth and that those pregnancies were all-too-often terminated.