HomeBlogNewsDocumentary follows filmmakers with Down syndrome 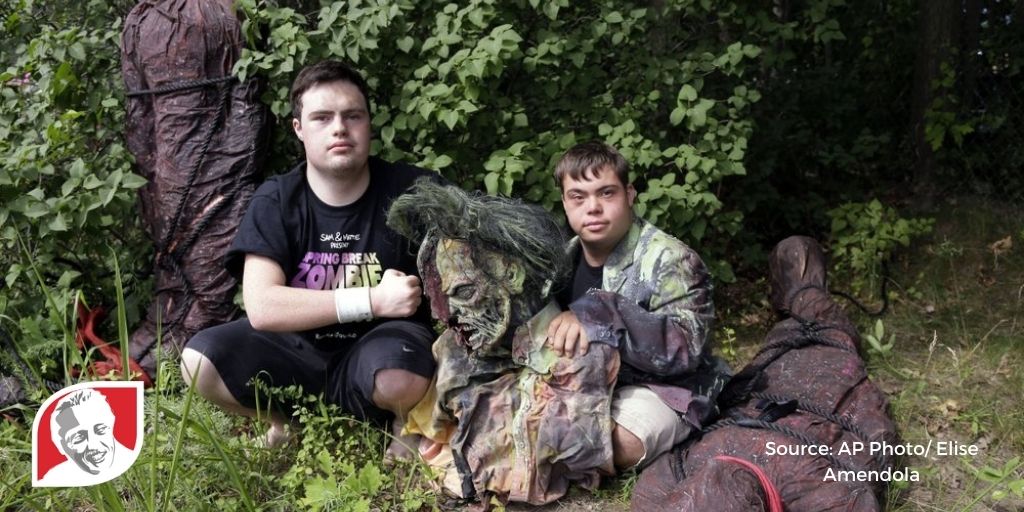 A new documentary follows two friends with Down syndrome, Sam Suchmann and Mattie Zufelt, and their ten-year project to storyboard, script, produce, cast and star in their own zombie movie. After meeting in the Special Olympics during elementary school, the two Rhode Island natives became fast friends and started their film project in 2006, inspired by their shared love of horror movies.

“We’ve always been into horror movies and zombie movies. ‘Saw’ and ‘Purge’ were always my favorites.”

In 2016, they finished their masterpiece, “Spring Break Zombie Massacre,” which gained national attention and even earned them an appearance on Conan O’Brien’s show. The 45-minute film follows a pair of brothers who save the world after the devil starts a zombie apocalypse.

The two never expected their movie to reach such a wide audience, but they enjoyed the attention it received. Now, with the release of the documentary, they’re excited to be in the spotlight again.

Peter Farrelly, a fellow Rhode Islander, is the executive producer of the documentary on the friends. Farrelly has produced films such as the Oscar-winning “Green Book” and “The Ringer”, which had 150 extras with Down syndrome. He has cast actors with special needs in his movies for many years and encouraged others in Hollywood to do the same. He said of Mattie and Sam:

“They’re a whirlwind of energy and happiness. These guys are really sharp and they knew what they wanted. Our job was to help them but not get in their way.

This is about what anybody has to do in life to get a movie made, or do anything in life that is hard to do. People shouldn’t see their movie because two kids with Down syndrome made it. They should see it because it’s a da*n good movie.”