HomeFilmmaker raises money to create movie about brother with Down syndromeAll standardsNewsFootball Player with Down Syndrome Goes Viral... 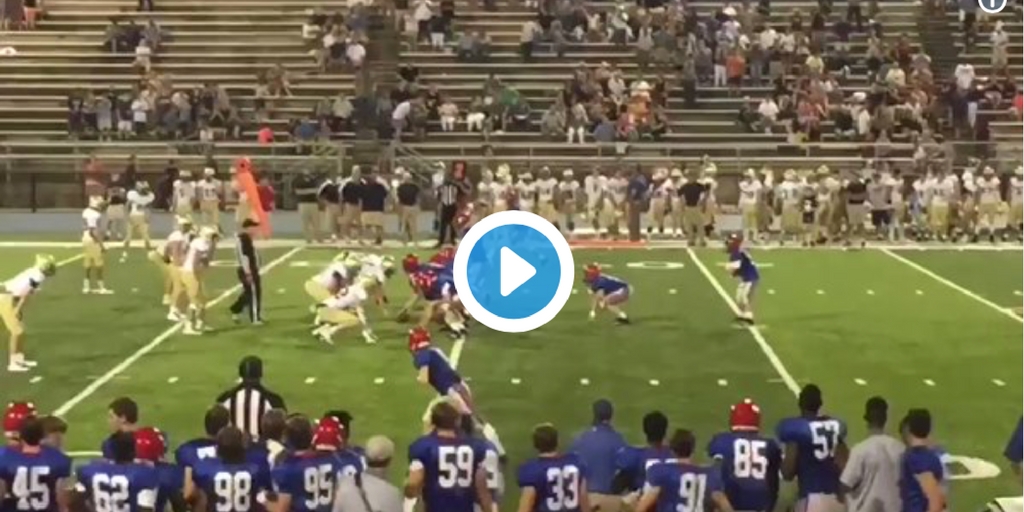 September 15, 2017 by JLF USA Team 0 0
Everyone gets excited when they see their home team make a good play or score big time. But nobody was prepared for the massive reaction which high school football player Jake Pratt received in response to his first touchdown.

Jake, a young man with Down syndrome, has been the manager of the Vestiva Hill football team for multiple seasons. A committed part of the team, his coach notes that he did not miss a single lifting session or workout this past summer. According to Fox News:

“The kids have the utmost respect for him for being there every day,” Buddy Anderson, Rebels’ head coach, told AL.com. “He’s there every day and works hard every day.”

Jake’s commitment ultimately paid off, as the coach gave him the go-ahead to play a game for his senior year. What followed was nothing short of inspirational. According to AL.com:

Pratt…took a handoff on the final play of Friday’s preseason game against Briarwood Christian and scored in a pre-arranged moment.

What wasn’t pre-arranged was the spontaneous reaction from players on both teams, as they sprinted onto the field and mobbed him in celebration.

“It was one of the most moving things that I’ve ever seen,” said Vestavia Hills coach Buddy Anderson, the winningest coach in AHSAA history who has served as the Rebels’ head coach since 1978.

His sister caught the powerful moment on video and posted to Twitter:

My brother, Jake, is 18 & a senior at Vestavia. He also happens to have Down Syndrome. Tonight 2 teams helped to make his dream come true! pic.twitter.com/uLoP3KH8KR

Within hours the tweet had gone viral, with people like AJ McCarron and the Atlanta Falcons congratulating Jake on his win:

That’s so awesome!! That’s what life is about!! Very special moment!

That is one heck of a play!

Hyde tweeted that she told her brother about his viral fame, and about a special shout out from Cincinnati Bengals quarterback A.J. McCarron.

“I could hear his smile through the phone,” Hyde tweeted on Aug. 26.