HomeBlogNewsGirl with Down syndrome finds passion in running 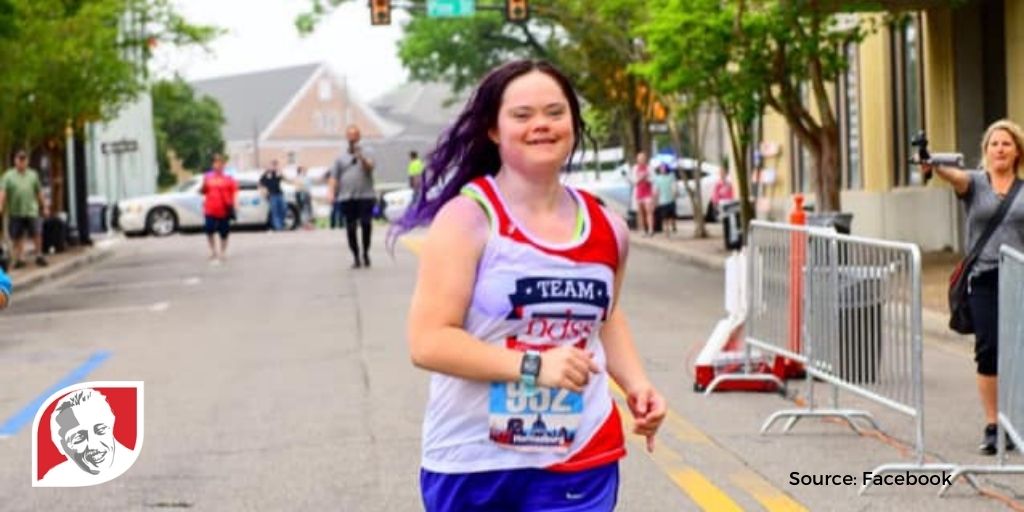 Sandy Williamson was a single mom when she discovered that her child had Down syndrome. Her daughter Kayleigh was only one day old. Doctors advised Sandy to put her up for adoption or put her in an institution. But Sandy insisted on taking her home.

Kayleigh’s early life was not without difficulty; she was diagnosed with hyperthyroidism, sleep apnea, and immune thrombocytopenia — a condition in which the blood doesn’t clot normally. The Williamsons survived on food stamps and donations as Sandy strove to finish her college degree.

When Kayleigh reached her teen years, she weighed 215 lbs. — and doctors warned that if she did not make some lifestyle changes, her health could deteriorate quickly. Sandy remembers:

“It dawned on me I didn’t want my daughter laying in a hospital bed and me apologizing for her for something I could have prevented with a lifestyle change.”

Together, the mom and daughter decided to join Weight Watchers, and Kayleigh started running with her mom, who had just finished her first half marathon. It was life-changing for Kayleigh:

Losing weight has also provided Kayleigh relief from many of her medical problems. Sandy relates:

“With the weight loss she is no longer prediabetic. She no longer has sleep apnea. Her Grave’s disease has been in remission for about three years now.”

Taking Strides for Down Syndrome

In 2017, Kayleigh became the first woman with Down syndrome to complete the Austin Half Marathon, and has raced all over the country and even in Canada. Sandy couldn’t be prouder: