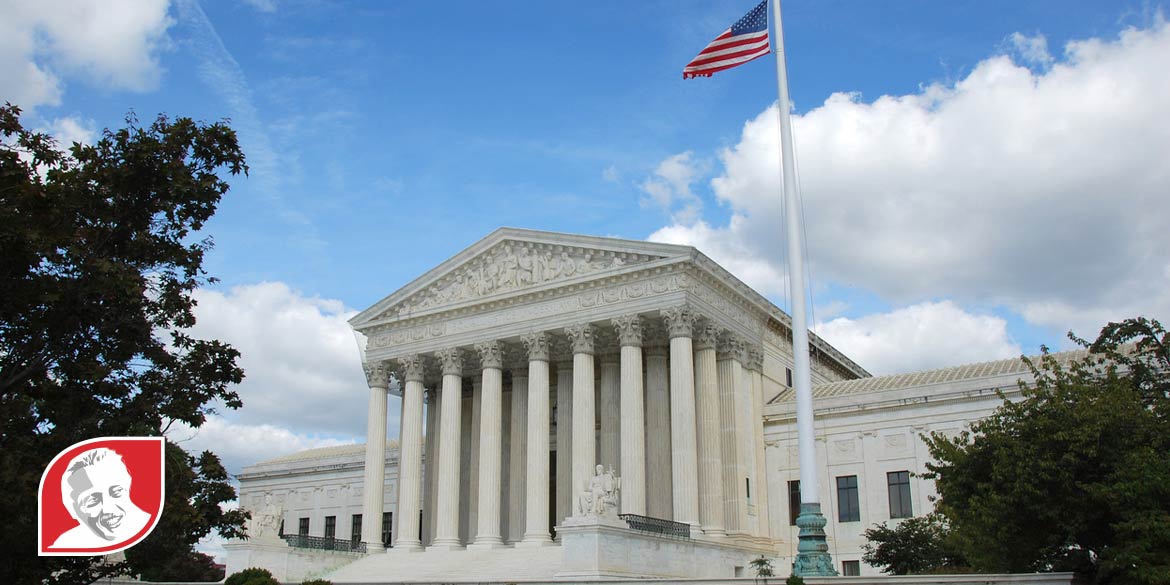 The United States pro-life community just won its biggest legal victory ever: the U.S. Supreme Court reversed its disastrous 1973 ruling in Roe v. Wade and returned the issue of abortion regulation to the states!

This is a victory nearly 50 years in the making and is truly heaven-sent. As a pro-life organization, the Jerome Lejeune Foundation USA celebrates this ruling and pledges to do everything in its power to defend life as this battle moves to the states.

Our voice will be critical in the state battles that will soon kick into high gear. As the leading voice for the most vulnerable, those who are diagnosed with Down syndrome in the womb, we need to be able to advocate for the lives of these unborn children, most of whom will be killed unless states prevent it. We need your immediate help to engage in the states. Please give generously.

Some thirteen states previously enacted “trigger bans” that will automatically prohibit abortion in those states following today’s ruling. Another seven states had pre-Roe abortion bans enacted that will be reinstated now that Roe has been overturned. Unfortunately, other states like California and New York have enacted laws to protect and even expand abortion access in their jurisdictions. Virtually every state will be considering abortion proposals now in the wake of this new Supreme Court ruling.

Now that the abortion issue has been returned to the states, the legislative battles before us will be many, and ferocious. We’ve already gotten a glimpse of how the abortion industry and their allies will approach them, with the demonstrations at justices’ homes and the violence that has been threatened, including an assassination attempt against Justice Brett Kavanaugh. Backers of abortion have promised a “night of rage” across the country in protest of the decision, and law enforcement is bracing for possible riots in major cities. Threats of violence will not deter us at JLF USA from defending the lives of vulnerable unborn babies with Down syndrome. We have the courage and commitment to wade into this type of battle at the state level. What we need now are the financial resources to engage – and win – it.

Please show your support for life and for the vulnerable unborn with a diagnosis of Down syndrome by making a generous financial contribution to us today. We will put it to immediate use to fight for the unborn.

This is a monumental victory for those of us who are pro-life, and a massive defeat for the abortion industry. Roe v. Wade unleashed unimaginable carnage on the unborn, as more than sixty million unborn children had their lives sacrificed as a result. Those diagnosed with Down syndrome have been disproportionately impacted. Thanks to the overturning of the Roe ruling, we have an opportunity to fight for the lives of these children. It’s up to us to engage that fight. Please help us do so.

Please keep our nation in prayer, and particularly pray for the safety of all the justices of the U.S. Supreme Court. Please pray as well for us and our team as we jump into the legislative battles that will unfold all across the country.