HomeBlogNewsHeidi Crowter continues to fight for the... 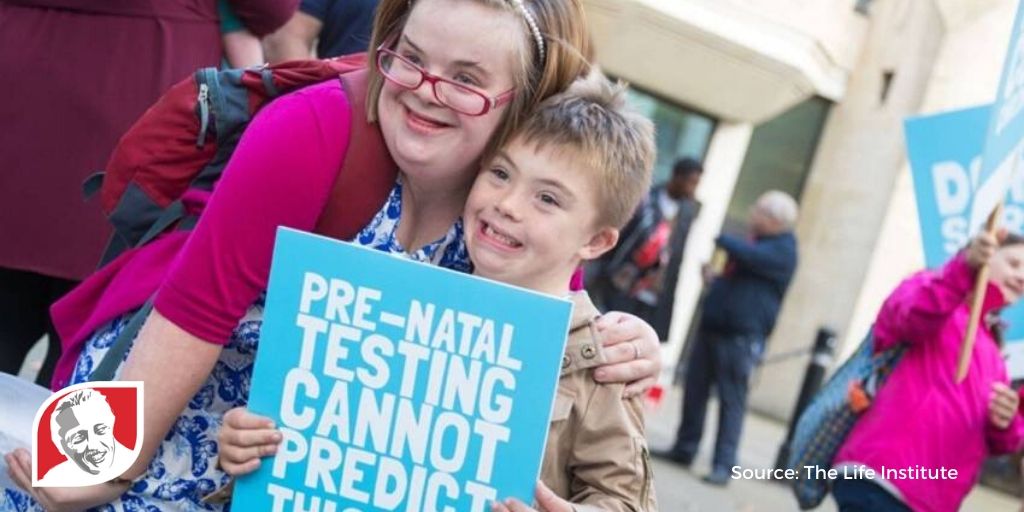 This past week, Heidi delivered 18,000 signatures to parliament asking the Prime Minister and other Members of Parliament (MPs) to allow Northern Ireland to decide its own abortion laws. Northern Ireland had previously outlawed abortion, unlike the the rest of the UK. Though she suffered a disappointing setback when parliament overruled Northern Ireland’s law, removing protection for the unborn with Down syndrome, she is resolved to continue the fight.

Delivering a massive petition @HeidiCrowter95 spoke against abortion to birth for Ds & other disabilities.
Speaking outside @BorisJohnson No. 10, she said: “I think the law which allows abortion up to birth for non-fatal disabilities such as mine is downright discrimination" pic.twitter.com/5Bk3FXRT3M

Filing a lawsuit to change the UK law

Crowter is also in the process of filing a lawsuit to change the current UK law, and has been able to raise the initial funds needed to file the case. Her solicitor stated:

This case looks at an issue that at the core is offensive and is a type of discrimination. At the moment, the law leads to bad stereotypes. It suggests that people with disabilities have less value than non-disabled people.

According to Don’t Screen Us Out, abortion in the United Kingdom has increased significantly in the past decade:

Now, more than ever, it is important to change laws ­– and attitudes– that impact people with Down syndrome. To support Heidi’s case, view the campaign for Downright Discrimination here.