Homecoming proposal by teen with Down syndrome goes viral

HomeBlogNewsHomecoming proposal by teen with Down syndrome...

Homecoming proposal by teen with Down syndrome goes viral 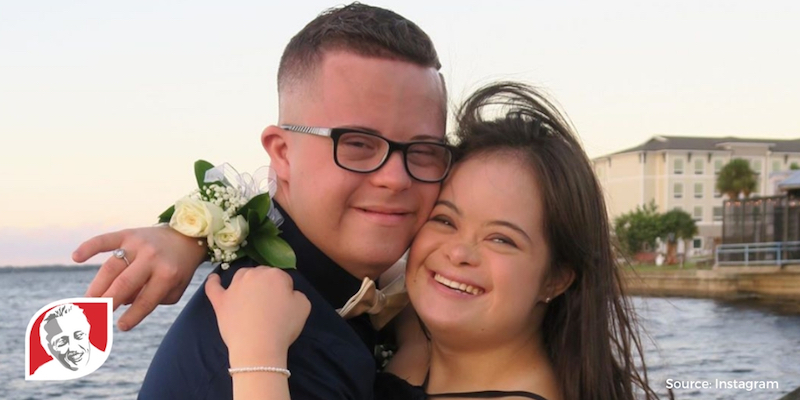 David Cowan and his girlfriend, Saris Marie Garcia, who both have Down syndrome, have known each other for almost their whole lives. With homecoming at Seminole High School in Florida on the horizon, he knew he had to ask her to be his date in a special way.

Saris is a cheerleader at Lake Brantley High School, so David figured the best way to make a splash would be to pop the question at a football game. With balloons, flowers, and a sign reading “Will you be my sunshine to homecoming?” he approached her and got down on one knee. Saris laughed and hugged him as she said yes, while the crowd cheered.

The adorable video went viral and now has over 350,000 views on Instagram.

That’s how they are. They are always so genuine and sweet and happy together. It feels amazing to share this story and also to see the impact on other families, how they feel inspired and it shows them they can have a fulfilling life.

The two are childhood sweethearts, having known each other since they met in speech therapy at three years old, and have officially been dating for three and a half years. In addition to being a cheerleader, Saris is a model and special Olympics swimmer. David also models, and enjoys football, special Olympic powerlifting, and surfing.

The two attended homecoming this past Saturday, going double with David’s sister and her date. They had lots of fun dancing the night away.