How Sesame Street writer and son changed perceptions of Down syndrome

How Sesame Street writer and son changed perceptions of Down syndrome 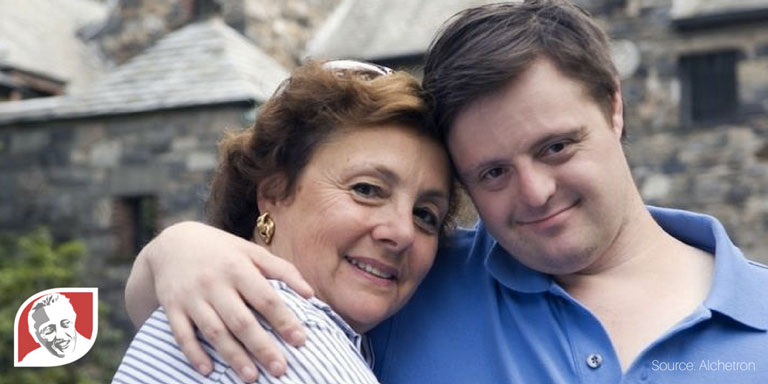 When her son Jason was born with Down syndrome over 40 years ago, Emily Kingsley was told that she should send him to an institution and “forget” him. But Emily knew that wasn’t the right choice for her son:

But raising Jason wasn’t without its struggles. At the time, individuals with Down syndrome were not always socially accepted, and there were few resources that Emily and Charles could turn to:

You’re completely at sea, having heard the most terrible thing you’ve ever heard, with no information. In those days- you’re talking 44 years ago- there were no outreach groups, the books available were hideous, it was disgusting…

The only commitment I made was to try – that somehow or another, you don’t send your child away without at least giving it a try.

She kept trying, and Jason learned how to walk, talk, and read – proving the doctors wrong.

As a writer for Sesame Street, Emily was in a unique position. She decided to see if Jason could be on the show –and as a result, he became one of the first people with Down syndrome to appear on TV. Jason became a recurring character on Sesame Street, appearing in over 50 episodes and playing an important part in changing cultural perspectives about individuals with Down syndrome.

Now Jason is a thriving adult and lives independently with two other roommates, who also have Down syndrome – they call themselves the Three Musketeers. He also works in the mailroom of a local business, which he enjoys:

I’ve worked here about eighteen years. I deliver the mail, I deliver the packages. When I work here, I work mostly work independently. It keeps me learning, keeps me on my toes. Basically I’m just a normal guy.

We’re so proud of Emily for choosing to stand up for her son, and for her and Jason’s role in making inroads for individuals with Down syndrome.