Josie and Jaclyn Franz: the twin sisters with and without Down syndrome

HomeBlogNewsJosie and Jaclyn Franz: the twin sisters with...

Josie and Jaclyn Franz: the twin sisters with and without Down syndrome 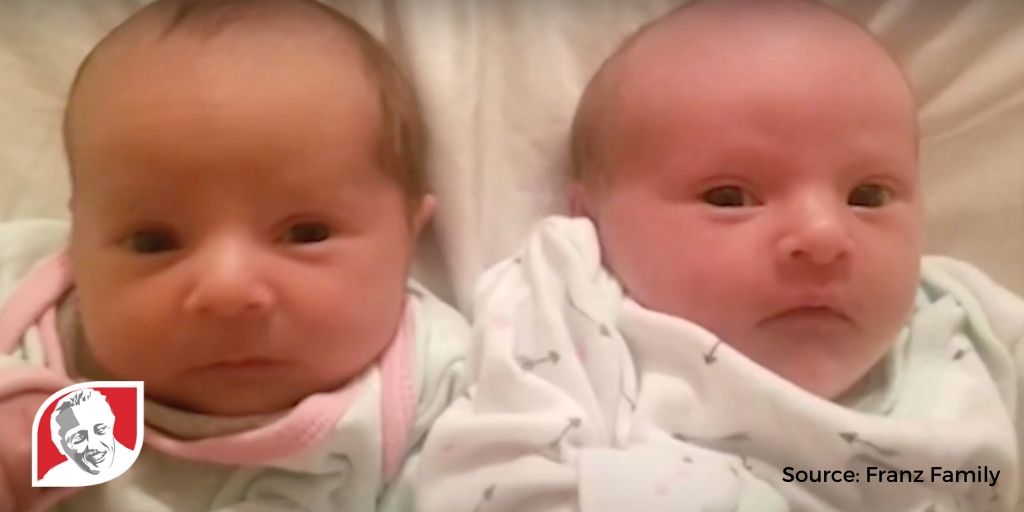 This past month, a family in Knoxville, Tennessee welcomed a special set of twin girls into their family ­– one with Down syndrome, one without.

Their mother, Rachael Franz, first learned of the possibility of Down syndrome after having routine blood work done during pregnancy. Her doctor told her there was a 70% chance that one or both of the twins would have Down syndrome. Rachael’s initial reaction was one of fear:

I was really upset for about five minutes, then I felt really bad…

[I knew that] no matter what, we would love this baby so much, and that she would be so loved by so many people.

After the girls were born, they were able to confirm that Josie had Down syndrome, and Jaclyn did not. It is rare that one twin is born with Down syndrome and the other is not; the Franzes’ pediatrician stated that she was only aware of three other cases. The Franz family knows that their girls are unique, including their big brothers. Rachael stated:

We are crazy in love with Josie and Jaclyn. And Joshua and Oliver are just enchanted with them.

The Franzes have also received an outpouring of love and support since the birth of their twins, from their family and friends as well as the Down syndrome community. Nick, the twins’ father, says:

I think from what we’ve learned, the Down syndrome community is very protective of one another and very supportive of each other. So we are excited to meet some of those people and join that community.