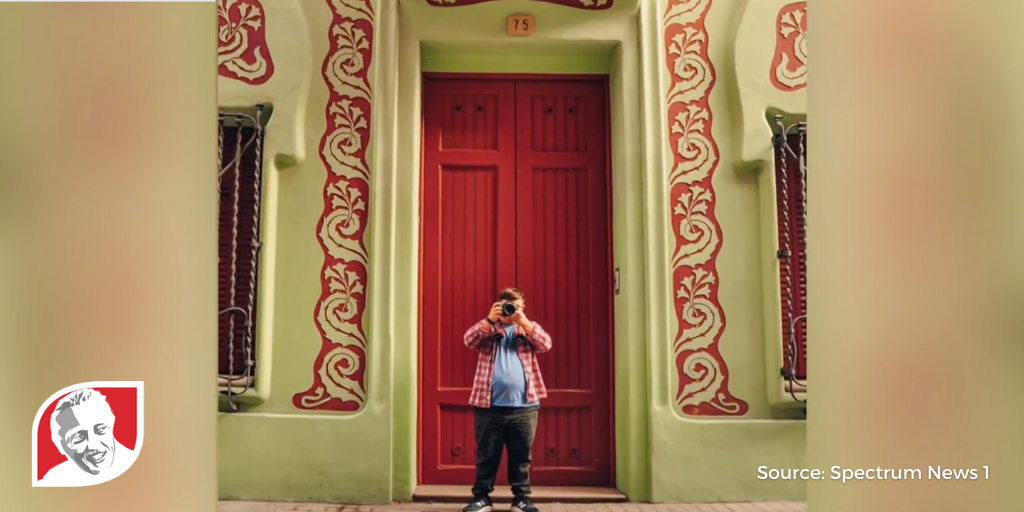 Earlier this month, a new team photographer waltzed onto the scene at Kentucky’s NCM Motorsport’s Park: Houston Vandergriff. Born with Down syndrome, the 24-year-old is using his photography skills to help encourage families in the Down syndrome community by creating a photo journal.

When Houston was born, doctors told his parents that his abilities would be limited, and his life would be fraught with difficulties. His mother Katie said that initially the doctors painted a bleak outlook:

“[E]verybody that came in, everybody that [spoke] to us had worse news. Each time it was something different and bad that it was gonna be, and everybody was so apologetic… We suffered grief and loss and all of that and I wish we could go back 24 years ago and say, ‘You know what? No, that was not the way it is at all.’ People with Down Syndrome are special gifts.”

Houston honed his photography skills by completing the Advanced Photography program at the University of Tennessee in 2020, and has currently traveled to over 26 countries practicing his art.

Houston’s dad, David Vandergriff, is a race car driver, so when Houston became increasingly interested in photography, capturing the races on film was a natural fit. Houston shared that it’s a special way for him to spend time with his dad:

“I like pictures and cars. Oh, it’s good… I got my best buddy. I got my dad. Dad likes racing a lot.”

“We’re in the process of soliciting other input from families that have been through it. You know, what would you have like to have known? Or something you would like to share. We plan to include that in the journal along with Houston’s photography so that when people are holding this in their hand they can say ‘Look this was done by a person with Down Syndrome.’ … they can do amazing things.”

They hope to finish the book by April 30th, 2022. Until then, you can view Houston’s photography at a gallery in Scotland, the Knoxville McGhee Tyson Airport, and on his website, where some images are also available for purchase.