HomeBlogNewsMassachusetts man with Down syndrome... 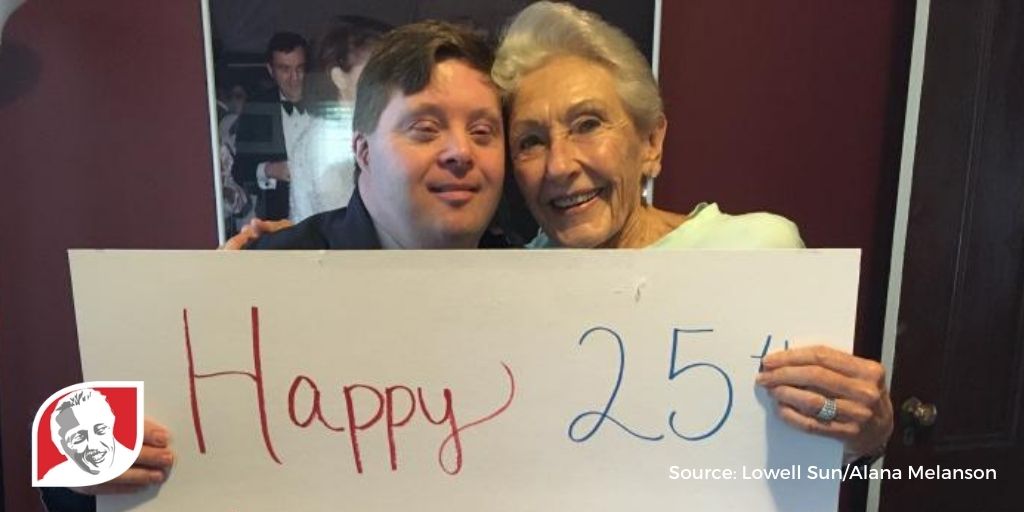 Philip Donohue, a Massachusetts man with Down syndrome, is celebrating his 25-year work anniversary at the Market Basket grocery store. Philip has worked diligently in his job as a bagger for the past quarter of a century, often training new employees, and winning the love of countless customers. 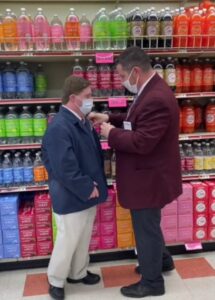 Customers love him. He’s the centerpiece. Everybody looks for Phil. People ask for him every day. It’s a pleasure to work with him. I hope we have him for the next 25 years as well.

Philip has not been at work lately due to coronavirus concerns, but normally, he works Monday through Friday at the store. He misses his coworkers and customers, and hopes he can return full-time soon.

He returned to the store for a day recently to celebrate his work anniversary and receive his 25-year pin. As they announced it over the loudspeaker at the store, customers broke into applause. It was a moment he had been looking forward to since his 24th anniversary last year.

It’s a lot for anybody, but for him, I think it’s quite wonderful that he’s put in 25 years at the same job, and doing a good job, and he loves his work, so it’s a very happy relationship. I’m proud of how he behaves at work and how he interacts with his customers and fellow workers. He’s very respectful and I think it’s wonderful that he’s been able to spend 25 years at such a great company.