HomeBlogNewsMeet the first Indian couple to adopt a child... 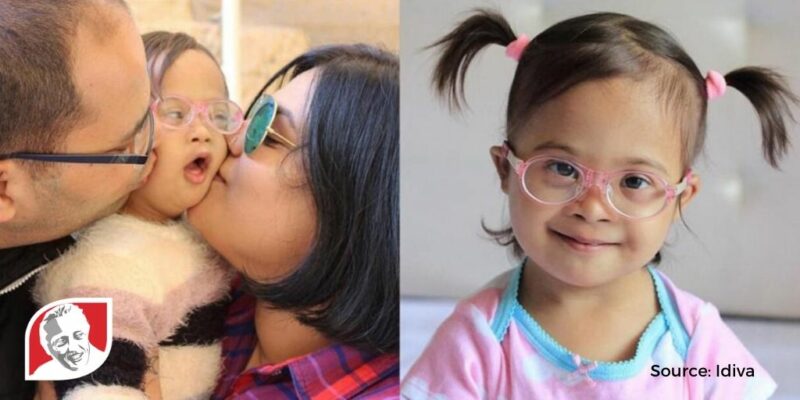 In India, social stigma around disabilities is unfortunately quite pervasive. And for parents looking to adopt, processes for adopting children with disabilities are more lengthy than for those without.

But none of this could stop Kavita and Humanshu Baluni Kaktwan from adopting a little girl named Veda – becoming the first couple in India to adopt a child with Down syndrome. On May 30, they celebrated the third anniversary of her adoption, gushing about how this little ray of sunshine has made them “the happiest parents in the world.”

A Heart for Adoption

From a young age, Kavita had always felt called to adoption. “Adoption was a dream of mine, ever since I was a teenager,” she says. After traveling to the U.S. and learning more about Down syndrome, Kativa knew she wanted to give a child with an extra chromosome a loving home. But when Kavita and Humanshu brought up the topic of adoption with their families, the tension was tangible:

“When we adopted Veda, we were already married for five years. Our respective families were upset that we were not having kids. Whenever we talked to them about adoption, they would get uncomfortable. So, we did not discuss it with them. When my husband and I adopted Veda, they weren’t happy and believed a child with special needs would ruin our lives. But, we were quite determined that we were doing it for the baby, and not for ourselves.”

In the initial days following the adoption, the lack of support from their own families was particularly difficult. Kavita remarks:

“When Veda came home, I had no one. No one welcomed her. I understood that we were on our own. And while we were not seeking any help, we did want some emotional support. Thankfully, my husband worked from home for the first few weeks, as he had taken paternity leave. It also took us some time to understand our child. She had both medical and emotional issues, and we dealt with it on our own.”

Slowly but surely, however, Kavita’s family had a change of heart. They could only resist the contagious love of Veda for so long, says Kavita:

“Now they love her. They call her every day. They cannot live without her anymore. But, it is because of Veda that this change has happened. She is such an amazing child that it is hard for someone to not love her. She has only love and kindness to give. My in-laws, when they met her, they got attached to her.”

Unfortunately, while social stigma facing individuals with genetic disabilities is a specter that Veda must face, Kavita remains positive throughout it all. She shares:

“Veda is super tiny. She has been stared at and shamed for wearing glasses… But, I correct them saying there’s no need to utter such things to her face; she is just a child. They get offended. But, we have otherwise only received love.”

Veda’s parents have also begun homeschooling her, which has allowed them to adapt her lessons to her interests, as well as her physical and intellectual needs. Kavita remarks:

“Every child is different, learns differently. Their pace is different, too. So, Veda decides what she wants to do. My day starts with having breakfast and doing activities with her. She loves watering plants and painting. We also involve speech and occupational therapy while she does her activities. We go up and down the stairs to strengthen her muscles, and this is pretty much our daily routine.”

As the Kaktwans watch their beautiful little girl blossom and grow, they have been struck by her fiery personality. At just four years old, she is already quite strong-willed, but Kavita and Humanshu are happy to let her speak her mind. Kavita relates:

“She is calm, but she is also bossy sometimes. Veda is a patient and kind child. People love her even on the social media. Maybe it’s because my husband and I have been involved with her from the first day. She has opinions of her own. We have always given her the agency.”

Kavita concluded by emphasizing the need for inclusivity:

“To other parents, I would like to say that treat your child as a child. People who have kids with disability find it hard to get acceptance… I always tell people to treat their kids as individuals — they are not above or below you. I also feel people should start celebrating differences.”