HomeBlogNews“More alike than different”: Down... 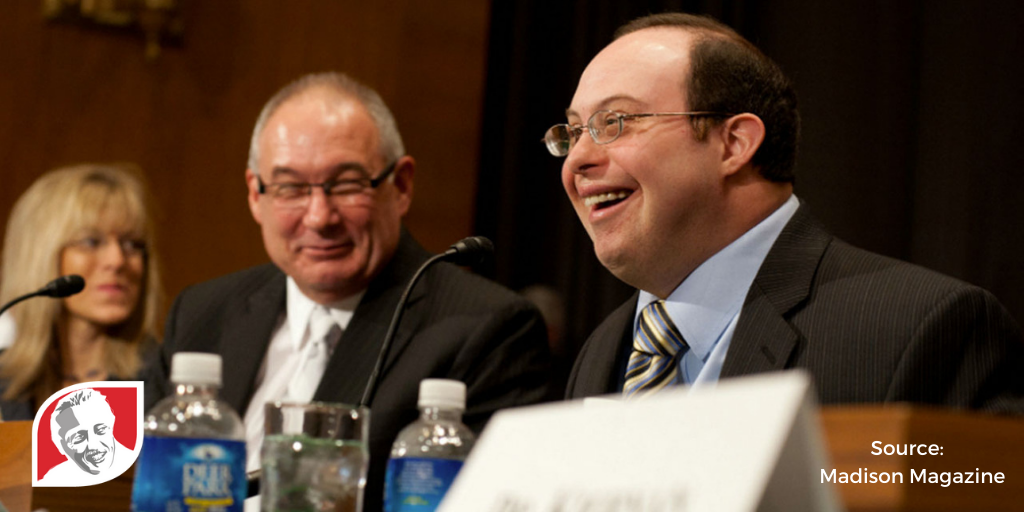 Last week, David Egan, a 43-year-old man with Down syndrome, was interviewed by CBS to discuss his new autobiography. Titled More Alike than Different, the book documents Egan’s life experiences, from growing up in Madison, Wisconsin to testifying before the U.S. Senate on behalf of people with disabilities. Egan’s remarkable list of accomplishments includes competing in the Special Olympics in 2000 and being the first person with Down syndrome chosen to be a Joseph P. Kennedy Jr. Public Policy Fellow.

When asked about his life and work up until this point, Egan said:

“I have Down syndrome. And it’s not who I am, it’s part of who I am… I want the world to look at us as individuals, regardless of our disabilities. It’s all about our abilities… You only have one chance at life – and you want to take it all in.”

Egan says his parents have always been supportive of his efforts, and that he couldn’t have brought his story to the world without their help. He wrote the book with the hope that others would read it and see how their lives were similar to his, despite their differences. Egan shared:

“I think that I was born to be an advocate… I want to follow in the road that Jesus took, advocating for those who are misunderstood and often marginalized in our society… We all share in the same humanity regardless of race, culture, gender, disability or socio-economic status… By focusing on abilities, and what makes us more alike than different, our lives become richer.”

See the full interview below.