Musician with Down syndrome honored for accomplishments in the arts

Musician with Down syndrome honored for accomplishments in the arts 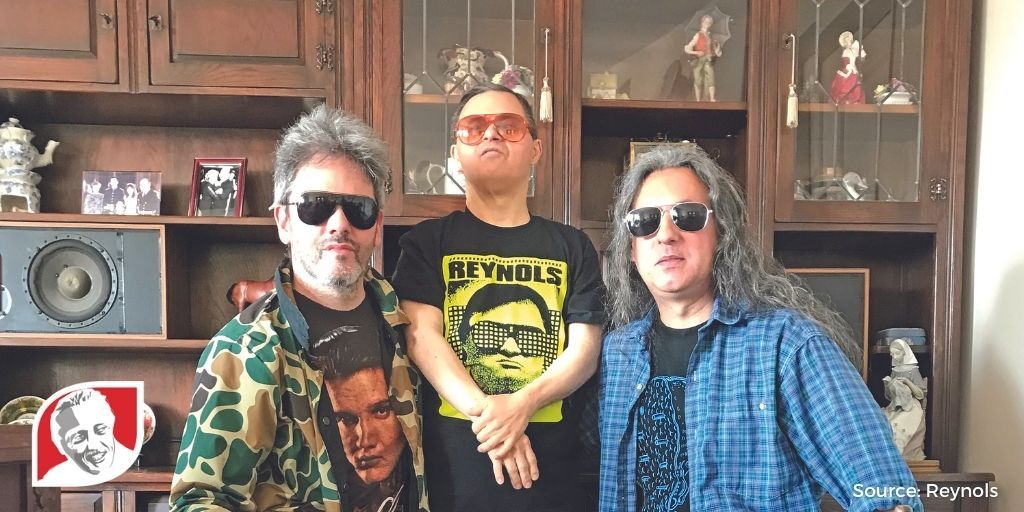 Miguel Tomasín, a musician with Down syndrome and a member of the Argentinian experimental band Reynols, was recently honored for his role in increasing the visibility of artists with intellectual disabilities. Last month, he was granted the Henry Viscardi Achievement Award – one of the most prestigious prizes for inclusion.

Each year, the award is given to select individuals in recognition of their service as “exemplary leaders in the disability sector around the globe who have had a profound impact on changing the lives of people with disabilities and championing their rights.” As one of the most successful musicians in the world with Down syndrome, Tomasín was an obvious choice to include among the 2021 recipients.

A member of Reynols since 1993, Tomasín enjoys playing the drums and singing with the band, in addition to composing new songs. He and his bandmates, Roberto Conlazo and Alan Courtis, are renowned for their avant-garde approach to music, incorporating recordings of everything from chickens and heaters to gravestones into their tracks.

Courtis said of Tomasín in a recent interview with Wire:

“Miguel powers our creativity. He put us in a no limits place, everything goes through a process of quality control. How would you call it? Rock? Improvisation? Contemporary? I don’t know. In Tomasín’s case there is no way to explain it, rationally, that is. Sometimes Miguel is not even singing in Spanish – he is inventing his own words.”

In another interview, Courtis recalled the genesis of one of their most unusual albums, which involved recording the sounds of 10,000 chickens:

“One day we were eating fried chicken sandwiches and Miguel said: ‘We can make a symphony of chicken sounds.’ One of Miguel’s favourite phrases is ‘Porqué non?’ Why not? He says it all the time. It was an idea and one day we found this chicken coop run by friends of Roberto’s girlfriend.”

“We put a lot of microphones under the earth, inside the feeding troughs. This is the only record in the world where all the participants were killed and eaten afterwards. Imagine 10,000 Miles Davises, 10,000 trumpeters all dead. And eaten.”

Conlazo describes the challenges that Tomasín has faced in the music world:

“The biggest misunderstanding is that people say we included Tomasín, but in fact they are forgetting he is the one including us.”

The bandmates first met when Miguel was taking music lessons from Courtis, who fell in love with Miguel’s approach to music and thought they could create inspiring new music together. Now, over 20 years later, the group has a cult following, and more worldwide releases than any other Argentinian band – with 150 records on labels from Japan, Europe, US, Canada, Oceania. Reynols’ most recent album “Gona Rubian Ranesa,” is their first release in 17 years. The title comes from Tomasín’s name for the sunbeams that stream through the window of his house.

Watch his acceptance speech for the 2021 Henry Viscardi Achievement Award below.