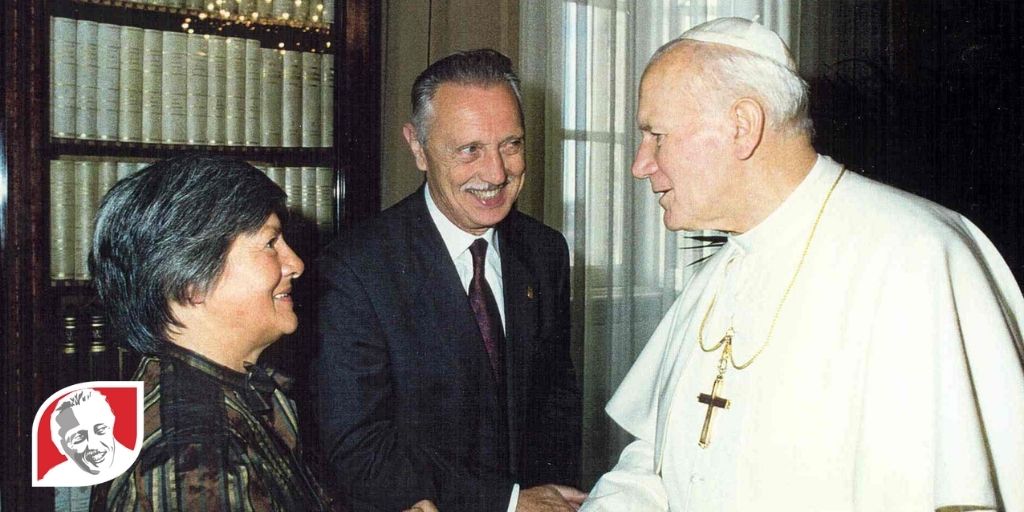 Did you know that the National Catholic Register recently published an article highlighting the significance of Dr. Jerome Lejeune’s faith in his work?

Professor Donald DeMarco, Ph.D., Senior Fellow of Human Life International, offers an insightful essay on the centrality of faith for many of the world’s great scientists. Speaking of Dr. Lejeune specifically, DeMarco explains:

“[F]aith was foremost for Lejeune… After listening intently to Lejeune speak in defense of life, Cardinal John O’Connor of New York remarked that the faith of this distinguished geneticist ‘rises like a spire far beyond the results of his meticulous research. In each of his words, in the tone of his voice, we understand that he refuses to take for himself the power of the authority that belongs only to God… No doubt whatsoever, what impresses us is the spirit of faith that emanates from each of his thoughts and words. What a gift for the Church, for all society!’”

When Dr. Lejeune was invited to a pivotal meeting with a Soviet leader during the Cold War, he demonstrated both humility – in asking the Carmelite nuns to pray for him – and bravery, by stressing the moral imperatives of nuclear conflict:

“[W]hen Pope John Paul II invited him to go to Moscow and confer with Soviet General Secretary Leonid Brezhnev on a crucial moral matter that affected the whole world…  Lejeune fully understood the significance of the meeting and realized how much its success was in the hands of God… Lejeune said, alluding to the threat of a nuclear war, ‘We scientists know that, for the first time, humanity finds itself confronted with the fact that its survival depends on the acceptance, by all the nations of the world, of moral precepts that transcend all systems and all speculations.’”

DeMarco concludes his article with a final reflection on the significance of Dr. Lejeune’s faith and how it guided his work:

“The faith of great men such as Jérôme Lejeune is not something that they possess as much as something that possesses them… Lejeune disposed himself to receive God’s guidance. His faith allowed him to rise above the passing waves of discouragement and disappointment.”

If you enjoyed these excerpts, you can read the full article at the National Catholic Register.