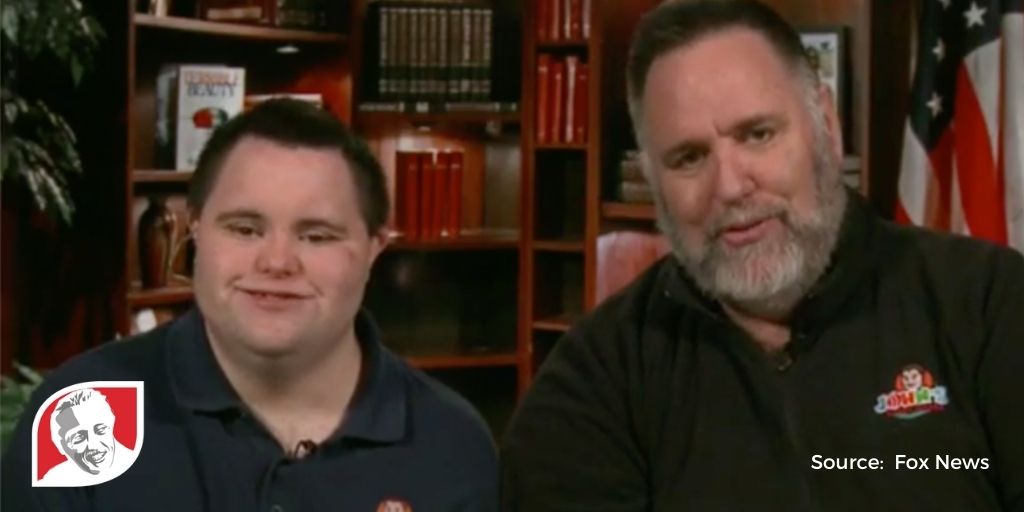 John Cronin, a young man with Down syndrome and co-founder of John’s Crazy Socks, wants to bring unity to Congress, so he’s doing it the way he knows best — with socks.

“My idea; I create a unity sock, and I give the socks to all the members of Congress… to bring everybody together: No fighting, no violence.”

He plans on gifting every one of Congress’s 535 members with a pair of socks from his company.

“We had a simple idea. We all have more in common than we do that separates us. Even with our different backgrounds and different views. We have to remember the promise of this country that binds us together, and we made socks…

John is an old hand at this. He has testified twice before Congress now. He’s spoken at the United Nations. One thing he does; people are people. He treats people straight up, not by title, not by power base.”

Not only is John politically active, his company is very successful. In the first year of business, the company generated $1.7 million in revenue, growing to $5.5 million in revenue in its second year. Of its 31 employees, 21 have Down syndrome or another genetic disorder. The company donates a percentage of its earnings to the Special Olympics and other charities.

But even with the business’s huge success, John still adds a personal touch to every order; every package includes candy and a handwritten thank-you from John.

Actors with Down syndrome produce unique version of Romeo and Juliet

Parliamentary group launched to elevate the Down syndrome community