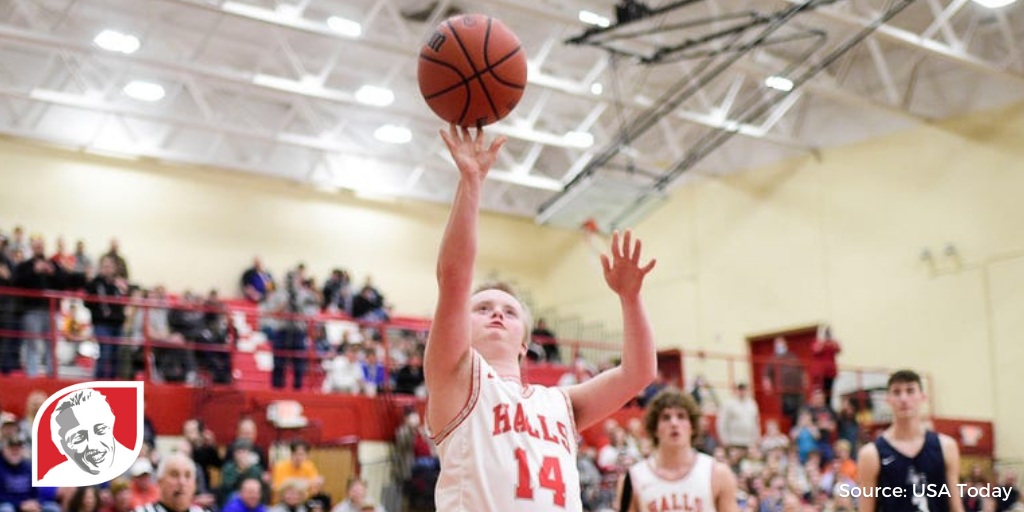 Last week, Maddox Shields, a senior with Down syndrome at Halls High School in Tennessee, received the surprise of a lifetime when the basketball team chose him to start their school’s senior night game.

The team kept the decision a secret until immediately before the game, when the coach told Shields about it in the locker room. Since he was a freshman, Shields has been the team’s manager, helping coordinate team proceedings and facilitating communications between the coach, team, and parents. He loves participating in warm-ups and other team activities, but has never played in a high school game. In a recent interview his mother shared:

“His favorite days are late practices because he comes straight from class and goes to the locker room and hangs out with all the guys and then goes to practice… He would be here all the time if he could. The boys have just embraced him and they love him, and you can see it in the way they treat him.”

When asked about how they chose Shields to start the game, the coach said it was the team’s idea:

“This whole idea came up because of the players. They really wanted to do this for [Shields]. We had a meeting Wednesday and when [we discussed it], they literally jumped up and down and screamed. It was like we had just beat a rival or something they were so excited.”

During the game, Shields scored his first varsity points on a layup, as well as the final shot of the game, which Halls won 84-59.

One of the players who suggested that Shields get to start the game shared about the experience:

“It means a lot to us because [Shields is] always hype for us, but to see him be even happier is just amazing… I want him to know that everybody here cares for him and that everybody has his back. Anything he needs, we’ve got him.”