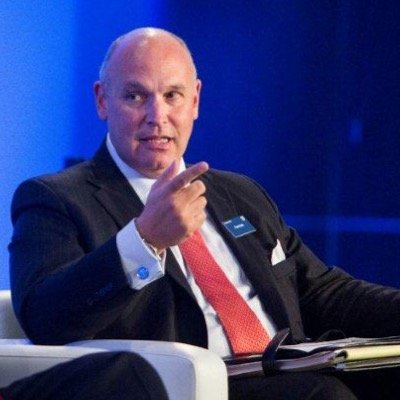 Frank is Managing Director and Head of Government Affairs, Deutsche Bank – Americas, overseeing legislative and regulatory matters for the bank in the region.

He is responsible for maintaining the bank’s relationships with the White House, Congress and federal agencies and state government relations. He also co-manages the bank’s transatlantic political/regulatory relationships. Frank also serves as the region’s chief political analyst advising clients on global political risk issues and their potential impact on markets and industry sectors. Additionally, he heads up the Bank’s U.S. Investment Advisory Group (USIAG) which provides strategic counsel to non-US companies engaged in mergers and acquisitions in the US requiring regulatory and political review and approval.

Prior to this, he was with Merrill Lynch & Co., Inc. Vice President and head of marketing and communications for the firm’s global investment banking and capital markets group. He also served as executive assistant to the global head of that group.

Frank previously served at the U.S. Securities and Exchange Commission as the chief spokesman and Deputy Director and then acting Director of the Office of Public Affairs, Policy Evaluation, and Research. He previously was at the U.S. Department of Justice as Assistant to the Director of the Office of Policy Development (focused on international issues including terrorism, narcotics interdiction, and intelligence policy). He began at Justice as a speechwriter and spokesman for the Attorney General for international affairs.

He also served briefly as a writer for President George H.W. Bush before joining the Department of Justice. Frank is a member of the Council on Foreign Relations.