Toddler with Down Syndrome Front & Center in Times Square

HomeBlogNewsToddler with Down Syndrome Front & Center...

Toddler with Down Syndrome Front & Center in Times Square 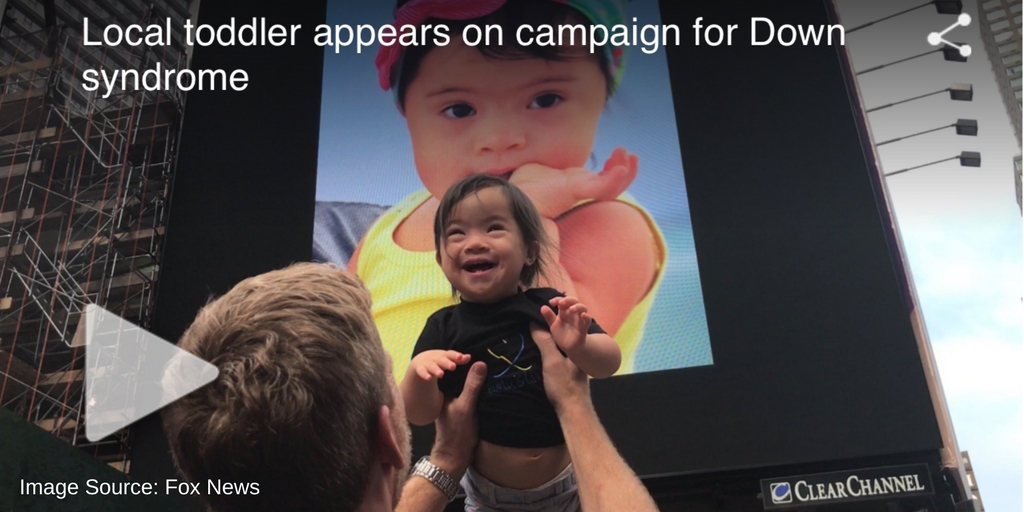 This past week Leona Schwartz, a 22-month-old girl with Down syndrome, recently got her five seconds of fame when her picture was highlighted on a jumbo screen in Times Square. Selected from thousands upon thousands of other applicants, Leona was one of a handful of people to be featured in the National Down Syndrome Society’s advocacy campaign video.

In honor of the special occasion, the Schwartz family traveled to New York City in order to watch their little superstar go live on one of the largest screens in the city.

According to ABC News, who came out to capture the moment:

The family said they want people to know that having a child with Down syndrome is a blessing. They also want others to know that there are resources to help parents.