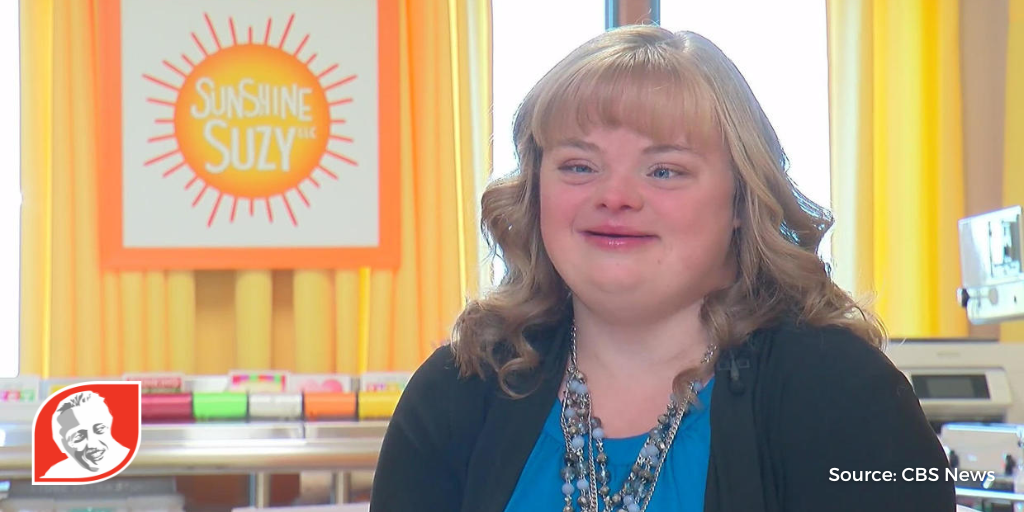 This week, CBS News did a special feature highlighting how a young entrepreneur with Down syndrome, Suzy Sukalski, founded her own snack business.

In 2015, 23-year-old Suzy was working as a hostess at the Hampton Inn when the hotel managers needed a small local gift to give some of their guests. At the time, Suzy also helped on her family’s farm, where she had recently been using the corn they harvested to make a special snack: corn nibblets. When she suggested the hotel managers use packets of her corn nibblets as their guest gift, they accepted her offer – and their guests were thrilled! Soon other companies were clamoring for Suzy’s delicious homegrown snacks, and Sunshine Suzy was born.

According to Suzy’s mother Diane, Sunshine Suzy’s first order was for 5,000 packets of corn nibblets, which took nearly three months for them to fulfill with their simple kitchen and packaging setup. Today, Suzy has her own kitchen on her family’s property complete with specialized packing machines designed by her brother to speed up the fulfilment process, allowing them to pack 400 one-ounce bags of corn nibblets every hour. Since its founding, the company has grown significantly, especially when Suzy began taking online orders. Suzy and her mom now work daily to keep up with orders and ensure that Sunshine Suzy corn nibblets find their way to snack cupboards across the nation.

When asked how she felt about Suzy’s success, her sister Kristina shared: